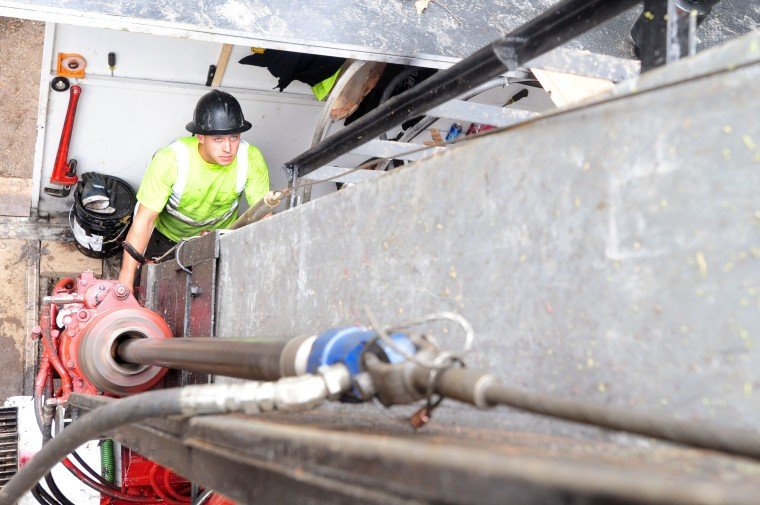 On Thursday, the U.S. Forest Service announced its long awaited decision to approve a request for a prospective mining permit near Mount St. Helens. The decision came after years of roiling debate on the proposal, so naturally a pyroclastic flow of disapproval followed in the aftermath of the explosive decision.

Senator Maria Cantwell, D-Wash., was one of the first to offer her dissenting opinion to the USFS decision to allow a Canadian company, Ascott Resources, to conduct exploratory drilling for gold, copper and other minerals next to the Mount St. Helens National Volcanic Monument. Despite Forest Service assertions to the contrary, Cantwell believes the permit paves the way for the establishment of a working mine within an ecologically sensitive section of the Gifford Pinchot National Forest.

“Opening the door to drilling at the edge of Mount St. Helens is a short-sighted decision that undervalues the important benefits these public spaces offer both to our booming recreation economy and to families who come from near and far to enjoy their beauty,” said Cantwell in a press release. “This mountain should be managed for current and future generations to enjoy, and I hope the Trump administration will cease their efforts to jeopardize that by allowing it to be explored for drilling.”

Thursday was not her first time speaking out against the plan to mine near Mount St. Helens. In 2016, Senator Cantwell sent a letter to U.S. Forest Service Chief Tom Tidwell that expressed her opposition to the plan. In that letter, Cantwell wrote, “Given the incompatibility of this project with the primary purposes for which the lands were acquired and the broader negative LWCF implications, I respectfully request that you refrain from providing consent for prospecting permits for the Goat Mountain Project.”

On Friday, a coalition of more than 20 conservation groups released a press release detailing their ongoing opposition to the approval of the drilling permits. Their deep well of concerns included negative impacts to fish and recreation and degraded water quality in the Green River system.

“Tens of thousands of people have expressed opposition to this proposal due to its impacts on recreation, clean water and native fish in and around one of our most treasured National Monuments. Yet the agencies continue to advance this dangerous proposal,” said Matt Little, executive director of the Cascade Forest Conservancy, in a press release. “Allowing mining activities in a pristine river valley alongside an active volcano is simply ludicrous. We will do all we can to stop it.”

The drilling permits, which were requested by the Bureau of Land Management on behalf of Ascot Resources, will allow the company to drill 63 holes from 21 drill pads in order to evaluate available deposits. The permits allow operations on 900 acres of public lands in the Green River Valley, including the reconstruction of 1.69 miles of decommissioned roads. Cascade Forest Conservancy claims that the activity will lead to mining operations around the clock through summer months, including the pumping of up to 5,000 gallons of ground water per day.

“Mount St. Helens is no place for a mine,” said Tom Uniack, executive director for Washington Wild, in the release. “The greater economic and social value of this incredible area lies with the equestrian, mountain biking and other world-class recreational opportunities accessible to local residents and visitors alike.”

Other groups note that lands impacted by the mining operations were acquired through the Land and Water Conservation Act Fund in order to promote recreation and conservation. They contend that the presence of mining operations will compromise the ability for the public to appreciate those areas. Previously, a federal judge invalidated Ascot’s drilling permits after the Cascade Forest Conservancy, then known as the Gifford Pinchot Task Force, filed a lawsuit. An update to the Environmental Assessment of the project in 2017 paved the way for the new permits to be approved.

“This project would severely impact recreation opportunities due to noise, dust, exhaust fumes, lights, vehicle traffic, the presence of drill equipment, and project area closures,” said Tom Buchele, Managing Attorney of the Earthrise Law Center, in the release. “I cannot fathom how the Forest Service could legally conclude that drilling would not interfere with recreation without violating the LWFCA.”

The proximity of the Green River to the Goat Mountain drilling site is another common concern. That river, which is designated as Natural Scenic River as well as a Wild Steelhead Gene Bank, flows through the Mount St. Helens National Volcanic Monument and into the North Fork Toutle River before emptying into the Cowlitz River. The Green River and North Fork Toutle have both been established as wild steelhead gene banks by the Washington Department of Fish and Wildlife in order to help the recovery of native steelhead stocks.

“This prospecting is a threat to wild steelhead in the Green River and the rest of the Toutle and Cowlitz River system,” said Steve Jones, director of Clark-Skamania Flyfishers, in the release. “Washington fisheries managers made the upper Green River a Wild Steelhead Gene Bank in 2014 because this habitat offered the best hope for sustaining wild fish in that system. This river drainage needs to be conserved, not exploited.”

Additionally, the Cowlitz River provides drinking water to thousands of downstream residents, including serving as the primary source of drinking water for residents of Kelso. The city of Kelso recently passed a resolution against the mine due to concerns about leaching mine effluent and the possibility of failing toxic tailing ponds due to mineral mining operations in an active volcanic zone.

“With outstanding recreation, as a wild steelhead sanctuary, and as a source of clean drinking water for downstream communities, the Green River, a candidate Wild and Scenic River is the last place for a mine,” said David Moryc, director for Wild and Scenic Rivers for American Rivers, in the release. “The Forest Service should not be green-lighting mining on our public lands that were purchased explicitly for conservation and recreation purposes.”