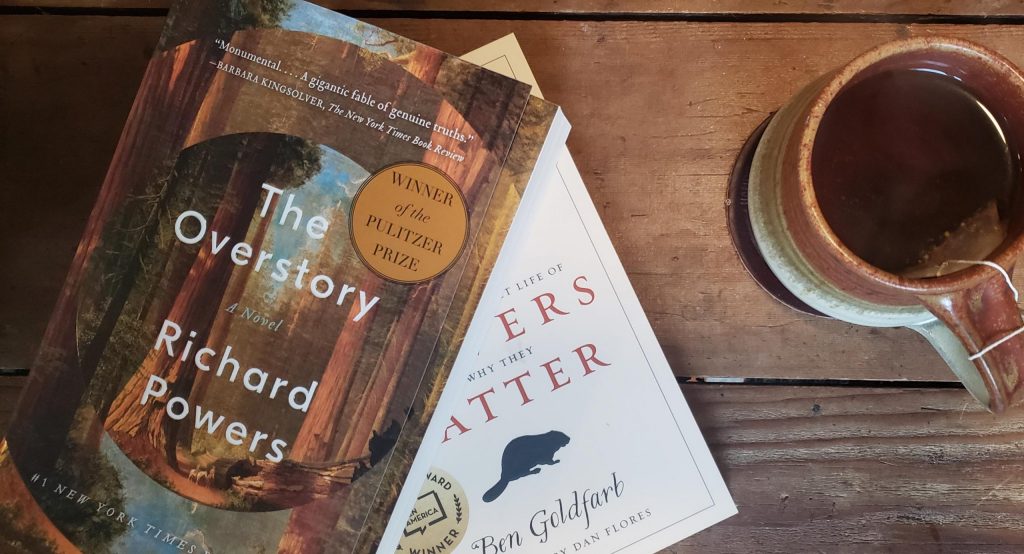 Looking for something new to read? CFC staff have compiled a list of some of our favorite books to help us all feel connected to the outdoors while we stay inside to fight the spread of the virus. Enjoy, and keep an eye out for part two of our list, coming soon.

A book that discusses water policy and management in the West, and how this management has largely led to the diminishment and detriment of our water. The book is a mix of research, reporting, and personal experience.

A Walk in the Woods

Bryson’s book is sure to capture you and take you on the trail with him as he hikes the Appalachian Trail from Georgia to Maine. He narrates in a manner that lets you experience the journey with humor, wonder and knowledge.

Not all the great environmental reads are complex… Dr. Seuss captures some of the best messages and the plights of the environment through the eyes of the Lorax, a character who “speaks for the trees”. Perfect for children and adults alike, this read will remind you why CFC too “speaks for the trees” and how we all can make a difference toward protecting the places we love.

Indians of the Pacific Northwest: From the Coming of the White Man to the Present Day

The best history out there dealing with the tribes indigenous to the NW. This book helped me better understand the stories of the people and places where I live.

Gifts of the Crow: How Perception, Emotion, and Thought Allow Smart Birds to Behave like Humans

This book is a fascinating read that will make you appreciate and marvel at the wildlife closest to home in a whole new way.

The Overstory: A Novel

This book is an incredible multigenerational tale of activism and resistance told in a totally unique way. It’s hard to describe exactly, but it’s wonderful. Ann Patchett called it “The best novel ever written about trees, and really just one of the best novels, period.”

Inside Passage: A Journey Beyond Borders

Manning blends biography, history and science into stories about our connection to the natural world. It is very honest and bold, and you will learn some hard truths!

Ever Wild: A Lifetime on Mount Adams

A really fascinating book about the history, exploration, and geology of a mountain most people don’t know much about. Darryl lived and worked most of his life at the foot of Mount Adams and he’s a long-time friend of CFC.

A poetic and monumental conservation book published in the 1940s that eloquently describes the daily and cyclical habits of woodland forest species as well as the policies and approaches to saving threatened species throughout the country. Should be required reading for conservation folks!

A book about a journey through the Gifford Pinchot National Forest. What else do I have to say?

The Big Burn: Teddy Roosevelt and the Fire that Saved America

A book about Teddy Roosevelt, Gifford Pinchot (the person), and their efforts to protect land in the West. It also talks about the great fire that started a cascade of environmental and logging actions in the early part of the 20th century.

The Invention of Nature

Read this book to learn about one of the most adventurous and fascinating naturalists from the 18th century – Alexander von Humboldt. Humbolt was way before his time, and truly understood the interconnectedness of the world around him.

Plants of the Pacific Northwest Coast

by Jim Pojar and Andy MacKinnon

This is easily my favorite field guide for plants in the PNW. But it is more than just a plant ID book. The “Notes” section for each plant usually features interesting facts like how the plant was discovered, why it has a certain nickname, or how the plant was used among different cultures.

I was on a road trip from Oregon to Alabama and we didn’t have time to stop and hike in the Rocky Mountain National Park, but we did stop at a local bookstore. I found this anthology of fiction, non-fiction and poems about RMNP. Each writer’s passion for the park really shined through. Being able to read this collection was second best to actually being there.