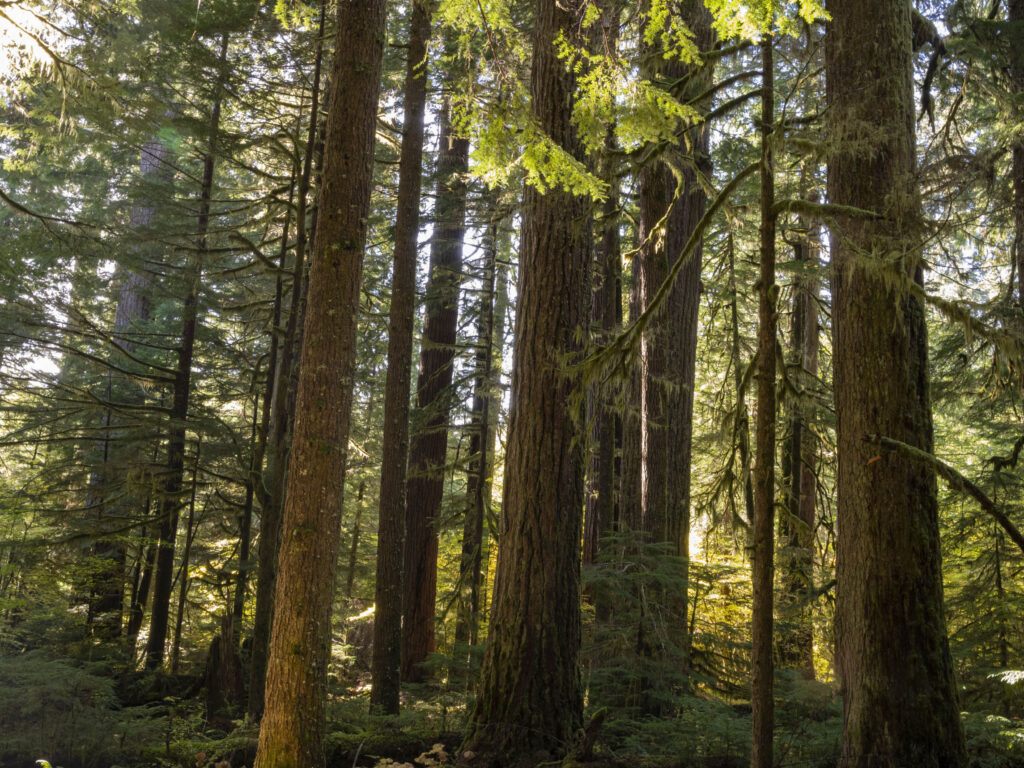 The announcement signals the beginning of a process to update current federal land management policies to account for wildfire, carbon sequestration, and climate change.

On December 5th, the US Forest Service announced plans to establish a Federal Advisory Committee to provide the agency with recommendations for updates to the 1994 Northwest Forest Plan (NWFP). The NWFP was enacted during a period of intense national debate surrounding logging in old-growth forests and other unsustainable land management practices in the Pacific Northwest. It was the world’s first policy establishing a science-based, ecosystem-focused land management plan and remains the largest, affecting an area of more than 19 million acres of national forests in Washington, Oregon, and northern California. The committee’s recommendations will become the basis for the first significant updates to the NWFP in nearly three decades.

The announcement calls for nominations for individuals to serve on a 20-member Federal Advisory Committee that will be comprised of representatives of the scientific community, non-governmental organizations, and individuals representing the interests of Tribes, governments, and the public at-large. Local conservation groups, like Cascade Forest Conservancy (CFC), are welcoming the move as a necessary opportunity to bring federal land management policy in line with current climate science.

“In a lot of ways the Northwest Forest Plan has been a huge success. It’s one of the most important tools we have for preserving old-growth habitats and maintaining and improving water quality,” said Ashley Short, Cascade Forest Conservancy’s Policy Manager. “But the plan hasn’t been updated since its adoption in 1994 and the conditions we see on the ground have changed. We’re already seeing the impacts of climate change in our region, like drought, higher water temperatures, and a longer fire season, and the science indicates these changes are going to continue.”

CFC also pointed out that when it was adopted, the NWFP focused on conserving populations of a number of species dependent on old-growth habitat, but noted that the plan leaves many old-growth and mature forests still at-risk from logging and road building. Short says that “for example, in areas currently designated as “matrix lands,” where timber harvesting is focused, there are few protections for these rare patches of old forest. The small amount of old-growth left in the southern Washington Cascades is already facing growing threats like increased wildfires and drought. These magnificent places are worth preserving for their own sake, but they also play an outsized role in carbon storage. It is vital that we protect old-growth forests whenever possible.”

This week’s announcement carries the potential to shape the future of land management in Washington for years to come. It represents one of the administration’s more significant actions affecting national forests in the Pacific Northwest since Biden’s Earth Day Executive Order directing the Forest Service to develop a definition for old-growth and mature forests and map remaining stands on federally managed lands.

Short said that “forming this Federal Advisory Committee is an opportunity for the Biden administration to ensure the continued success of the Northwest Forest Plan by listening to experts and community leaders like scientists, Tribal representatives,  and members of rural timber communities. We are hopeful this will eventually result in an updated forest plan that benefits people in Indigenous communities and rural communities and that it will ensure that land management policies are more aligned with our current climate realities. Getting the details of the plan right will be essential to conserving biodiversity, protecting mature and old-growth forests, and addressing the impacts of wildfires.”