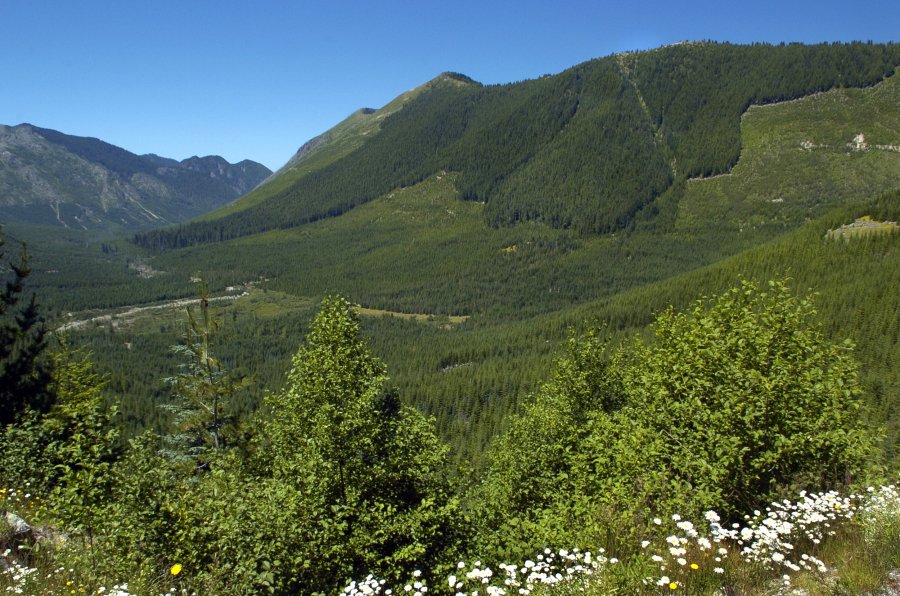 By Dameon Pesanti, Columbian staff writer
Published: August 23, 2017, 8:06 PM
20
Exploratory mining near Mount St. Helens is now one step closer to happening.
The U.S. Forest Service found no reason to object to an application by Ascot Resources Ltd. of Vancouver, B.C., to prospect or explore for minerals in the Gifford Pinchot National Forest about 12 miles northeast of the Mount St. Helens crater.
The agency issued a draft decision to consent to the Bureau of Land Management approving Ascot’s plans.
Starting Thursday, the public will have 45 days to object to the Forest Service’s decision.
But, according to the decision notice, “objections will be accepted from only those who’ve previously submitted timely, specific written comments regarding the proposed project unless based on new information arising after designated comment opportunities.”
In the draft decision, Cowlitz Valley District Ranger Gar Abbas acknowledged “a great deal of concern” that approving the exploratory drilling would pave the way to a new mine, but he emphasized several times throughout the document that wasn’t the case.
“This consent decision is not for mining,” he wrote. “It is specifically and only for authorization of up to 63 roadside exploration holes measuring 2-3 inches in diameter, subject to specified conditions and protective design features.”
Abbas’ assertions are unlikely to quell the discontent of those who’ve watched and opposed the project since at least 2011.
“I think this decision is ridiculous,” said Matt Little, executive director of the Cascade Forest Conservancy, a Portland-based conservation group. “I think it’s mind-boggling how the agency could totally ignore tens of thousands of citizens who’ve asked them to protect the Green River Valley and instead cater to the Canadian mining company.”
Ascot wants to search for copper, gold and molybdenum on a mining claim in the upper Green River Valley at Goat Mountain, where its subsurface rights are evenly split with the federal government.
While the BLM has the authority to grant Ascot’s permits, the Forest Service must consent to the project since it would occur in the national forest.
In January 2016, the agencies released a modified environmental assessment for the exploratory drilling permit application to address a federal court’s 2014 decision that invalidated Ascot’s drilling permits and held that the two agencies violated the National Environmental Policy Act. The decision was the result of a lawsuit filed by the Cascade Forest Conservancy, formerly known as the Gifford Pinchot Task Force, in which they sued to halt Ascot’s drilling plans.
The Cascade Forest Conservancy claims more than 20 recreation and conservation groups oppose the project and any potential mine that could ultimately result. And Little said he’s urging opponents to take the time to formally object to the Forest Service’s decision.
“After that it gets into a potential lawsuit,” he said.
In a stakeholders letter, Abbas said his decision “best addresses the balance between resource use and resource protection with an emphasis on the protection of riparian reserves.”
But in response to the decision, Steve Jones, director of Clark-Skamania Flyfishers, said the prospecting is a threat to wild steelhead in the nearby Green River and the rest of the Toutle and Cowlitz River system.
“This river drainage needs to be conserved, not exploited,” he said.
The Green River is a state-designated gene bank for wild winter steelhead, meaning hatchery fish are verboten within. It’s also a candidate for a federal Wild and Scenic River designation. Some of the land in question was purchased by the U.S. Forest Service in the 1980s with money from the Land and Water Conservation Fund, which is meant to serve the interests of recreation and conservation.
The Washington, D.C.-based conservation organization American Rivers has twice declared the Green River, with its headwaters running close to the proposed mining area, as one of the most endangered rivers in the nation.
In March of last year, U.S. Sen. Maria Cantwell, D-Wash., wrote in opposition to the project in a letter to then-Forest Service Chief Tom Tidwell, arguing that mining activity would likely interfere with recreation and conservation on the land, which were the reasons behind the purchase.
More information on the project is available from the Forest Service at www.fs.usda.gov/project/?project=46996.