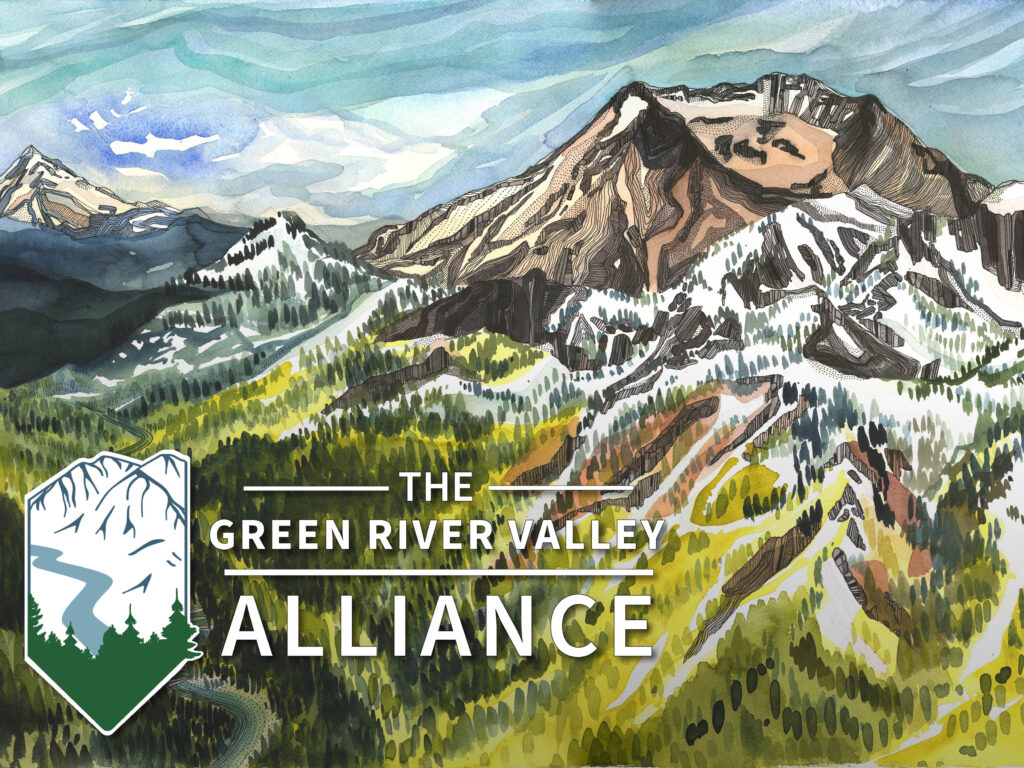 Once again, the Cascade Forest Conservancy (CFC) has successfully fought off a corporation’s attempt to develop a new open-pit hard rock mine in the Green River Valley, located at the doorstep of the Mount St. Helens National Volcanic Monument.

In February, a US District Court reversed decisions made by the Bureau of Land Management (BLM) and the US Forest Service that had illegally permitted the Canadian mining company, Ascot Resources Ltd., to drill 63 exploratory holes on and around Goat Mountain.

We are thrilled by this recent victory, and grateful to our council at Earthrise Law Center and the Western Mining Action Project, and the many Tribes, organizations, and individuals who have supported our efforts. However, the threat of a mine still looms.

To understand why CFC and our allies are still concerned about the potential of a mine being developed here, and the rationale for what we plan to do about it, it’s helpful to look back at some recent history.

HOW DID WE GET HERE?

Many were working against mining interests here decades before the founding or involvement of Cascade Forest Conservancy (established as the Gifford Pinchot Task Force in 1985). Evidence of this history can even be observed in the lines and boundaries seen in present-day maps.

In 1982, Congress was working toward the creation of the country’s first National Volcanic Monument. The Green River Valley was included in the bill drafted as a middle ground between competing proposals backed by conservationists and the timber industry. Despite near-unanimous support for the compromise, the threat of a veto was still very real.

Reagan had recently come into office backing the Sagebrush Rebellion movement and was wary of taking actions that protected public lands. In the end, the bill creating the Mount St. Helens National Volcanic Monument was passed and signed into law, but only after the Green River Valley was carved out of the Monument’s boundaries to protect mining interests.

CFC first became involved in the mining fight in 2005 when we formed a coalition that successfully pressured the BLM to deny a hard rock mining permit application submitted by a company then called Idaho General Mines, Inc.

Then, in 2010, the mineral rights were sold to a Canadian company called Ascot Resources, Ltd. That same year, the Forest Service approved Ascot’s drilling plan without an Environmental Assessment and limited prospecting began that August. When Ascot filed applications for prospecting permits in 2011, CFC took legal action that ultimately resulted in an end to drilling.

But only one month after a judge dismissed Ascot’s attempts to restart their drilling operation, the company filed new permit applications which were quickly approved–despite widespread public opposition. This led to another lawsuit and another victory for CFC. But again, quickly after their second defeat, Ascot began working on another permit application, which was eventually approved by the BLM and Forest Service.

CFC once again challenged permits in court. After this latest legal battle, CFC has once again protected the Green River Valley. But history has shown us that court victories will not stop mining companies’ attempts to imperil the life that thrives in the Green River Valley and downstream communities for short-term profits. To really protect this place, we need to finally end the threat of mining here once and for all.

The good news is that momentum is on our side and that permanent protections for the Green River Valley are within sight.

Cascade Forest Conservancy is ramping up efforts to secure a legislative mineral withdrawal. A mineral withdrawal is a federal land management tool that bans mining activities within a defined boundary. Unlike other land management tools, a mineral withdrawal would not impact other permitted activities within its boundaries. Getting this done through Congress rather than through administrative channels will ensure that these protections for the Green River Valley can’t easily be undone by the whims of a future administration.

Our efforts to convince Congress to act will succeed if we work together. CFC’s new campaign, the Green River Valley Alliance (GRVA), is working to do exactly that. The GRVA is a growing coalition of conservation organizations and businesses, including Conservation Northwest, Washington Wild, and Patagonia, who are publicly expressing their support for our proposed mineral withdrawal.

We also know that the support of community members is just as (or more) important to winning Congressional action as the involvement of partner organizations. Almost 500 people have signed a petition signaling their support for the withdrawal. Many more have attended events, shared information about the campaign on social media, and written postcards to legislators.

Go to the brand new www.GreenRiverValleyAlliance.org to add your name to our petition, check-out upcoming events, and help spread the word.

PrevPreviousVICTORY FOR MOUNT ST. HELENS AND THE GREEN RIVER VALLEY!
NextCAUGHT IN THE MATRIX: RETHINKING THE NORTHWEST FOREST PLANNext