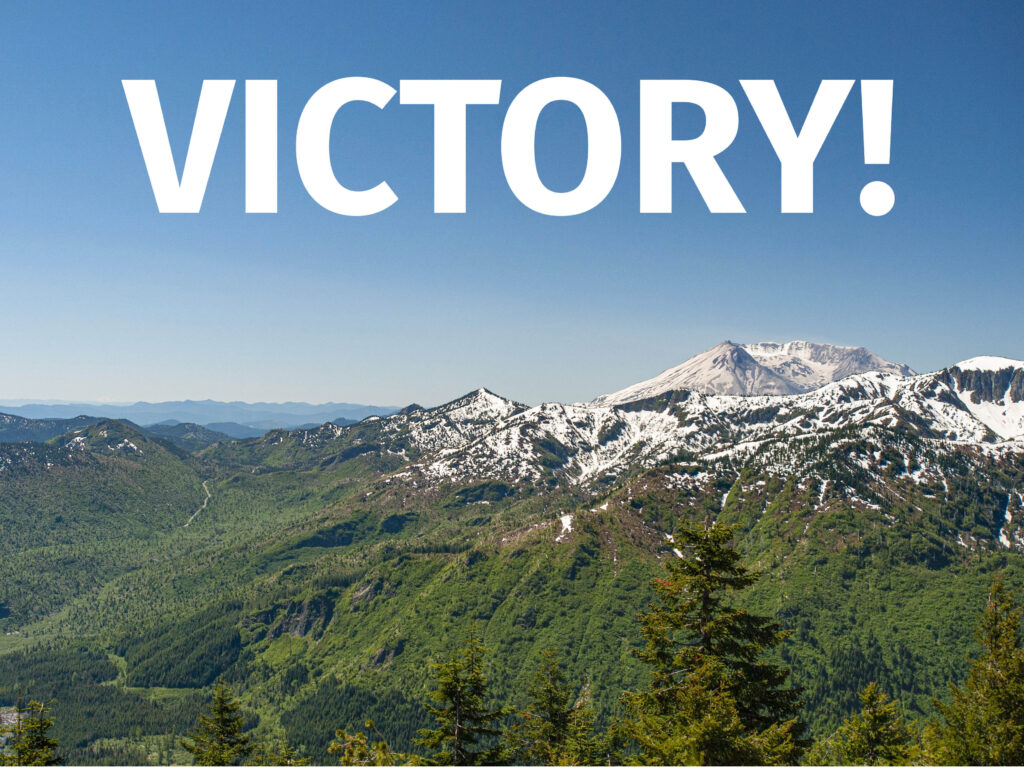 COURT VACATES DECISIONS BY FEDERAL AGENCIES THAT WOULD HAVE ENABLED MINING EXPLORATION NEAR MOUNT ST. HELENS

Portland, OR – On Monday, a US District Court, in Portland, vacated agency decisions by the Bureau of Land Management (BLM) and the United States Forest Service (USFS) which had authorized mining exploration permits that would have allowed mining activities along the northern border of Mount St. Helens National Volcanic Monument in Washington State. The Order concludes a lawsuit brought by Cascade Forest Conservancy (CFC) and represented by Earthrise Law Center and the Western Mining Action Project–their third successful lawsuit challenging the legality of mining permits in the Green River Valley since 2014.

The judgment follows a ruling filed in February of 2021 that found the Forest Service and BLM violated federal environmental law when they issued permits to drill 63, 2-3 inch diameter exploratory holes in search of copper, gold, and molybdenum from 23 drilling sites across hundreds of acres of the Green River Valley to the Canadian prospecting company Ascot Resources. It held that the agencies violated the National Environmental Policy Act (NEPA) by not providing an Environmental Impact Statement (EIS) for public comment, issuing instead a Finding of No Significant Impact (“FONSI”) based on an Environmental Assessment (EA) that failed to accurately represent the length of time over which drilling operations would occur and to account for impacts to groundwater and recreation access.

“This is a major victory for this beautiful landscape and the many communities that would be negatively impacted by a mine,” said CFC’s Executive Director, Molly Whitney, adding that the proposed drilling operations threatened groundwater and the Green River, “a Wild and Scenic River eligible waterway and one of Washington’s few designated gene banks for wild steelhead, in addition to a source of drinking water for thousands of people living in southwest Washington.” 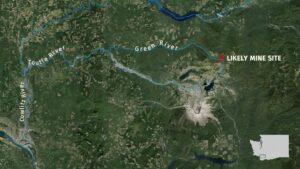 According to CFC, the Order is also a victory for the Indigenous communities of the Cowlitz Indian Tribe and the Confederated Tribes and Bands of the Yakama Nation who have publicly voiced opposition to the project, and for communities of anglers, hunters, backcountry horseback riders, cyclists, and hikers who cherish the area and bolster the local economy. Thomas Buchele, Co-Director of the Earthrise Law Center, called the USFS and BLM failure to fully disclose the adverse impacts of drilling to outdoor recreational uses “troubling,” adding that “both agencies obviously knew what those impacts would have been but chose not to fully disclose them to the public.”

“As glad as we are,” warned Whitney, “companies have repeatedly applied for and obtained prospecting permits from agencies, despite our record of winning court challenges, and there is no reason to assume that Ascot Resources or another developer won’t succeed in obtaining permits again in the future.” CFC hopes that the recent victory will bolster its efforts to secure a legislative mineral withdrawal for the Green River Valley, “a federal land management tool that prevents mining and prospecting activities within a given area without impacting other permitted uses,” explained Whitney. 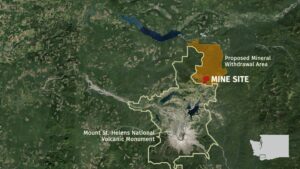 “The substantive case before the District Court is over. We won, and the agency decisions are vacated,” said Buchele. “Now is the time for the politicians to get involved, support a mineral withdrawal, and stop this for good.” 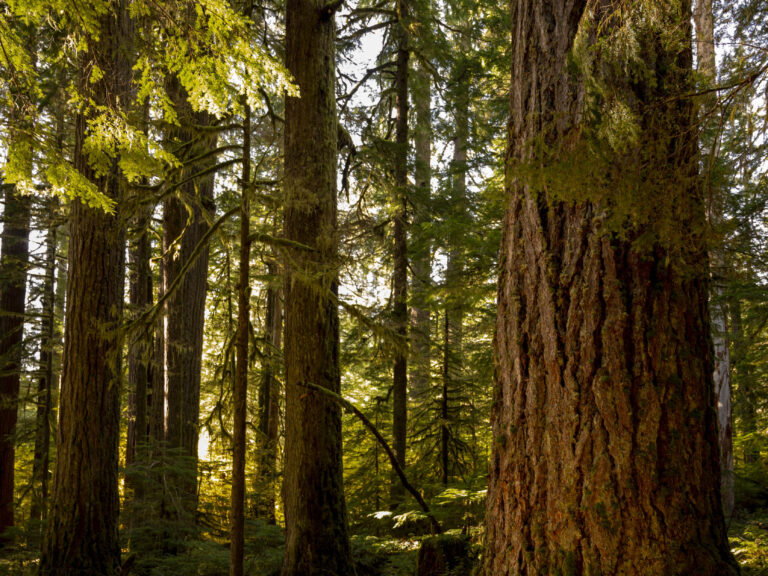 President Biden’s Earth Day Executive Order has real potential to be the start of an important shift in the way forests on federal lands (and... 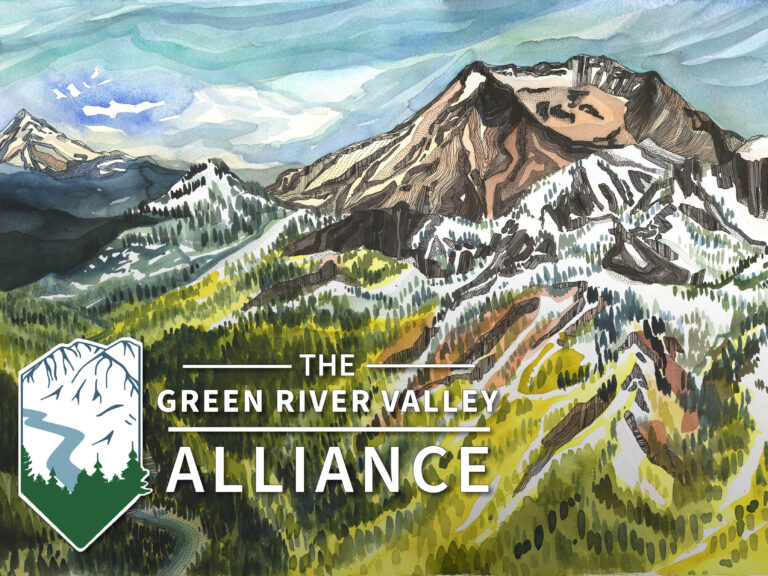 Once again, the Cascade Forest Conservancy (CFC) has successfully fought off a corporation’s attempt to develop a new open-pit hard rock mine in the Green... 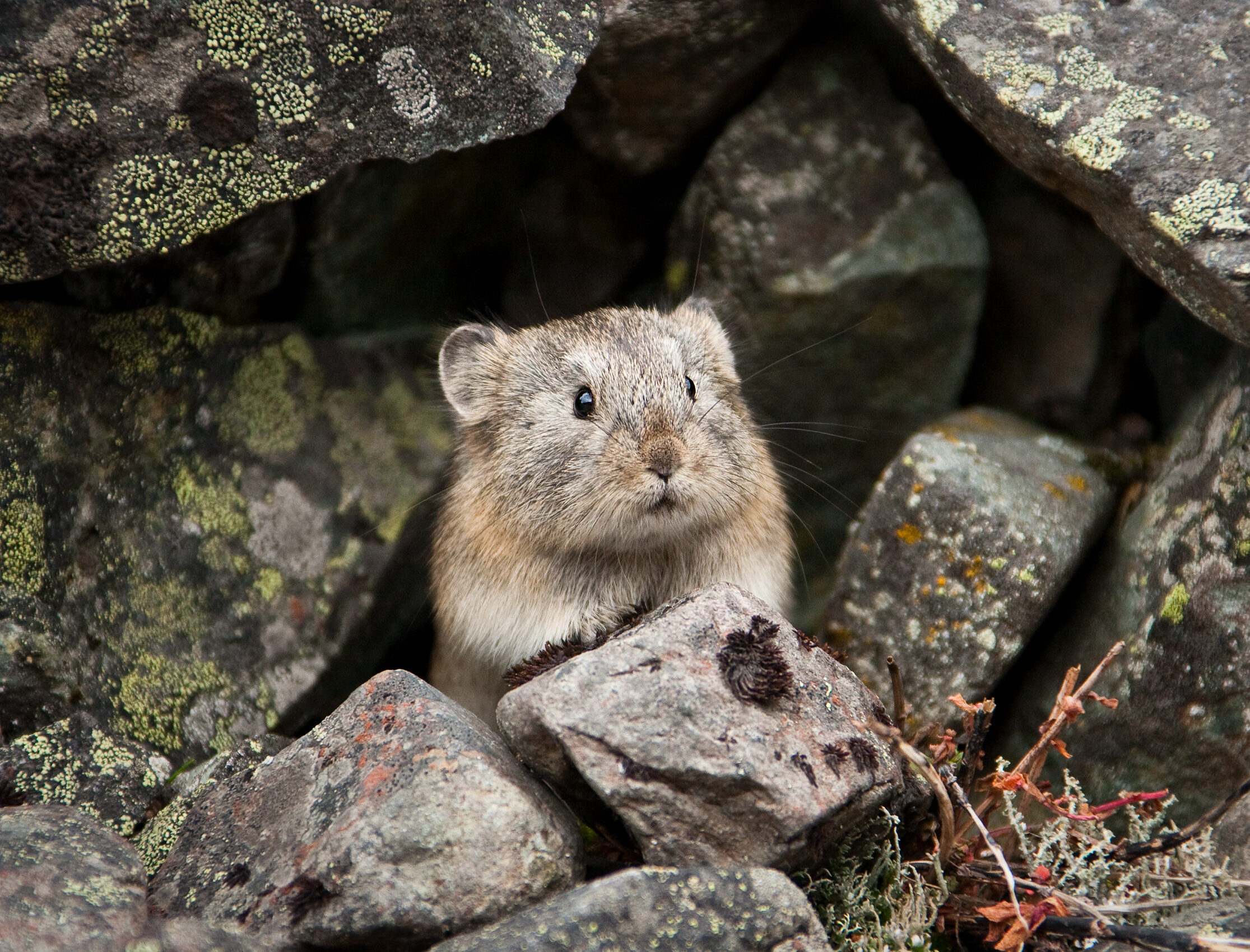 Which local high-altitude specialist is the size of a potato, has a teddy-bear face and large round ears, enjoys picking wildflowers, and screams “EEEEEE” like...